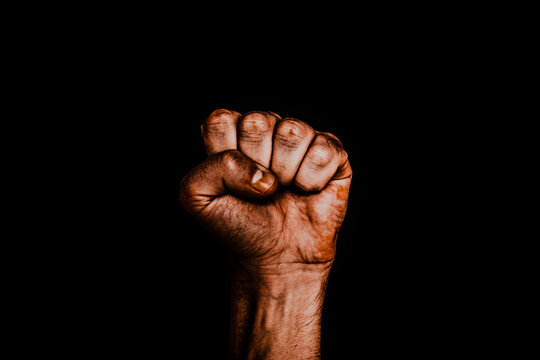 It was a hot, humid Friday afternoon and the bell had just rang signaling the end of the school day. Students rushed out of their designated classes and flooded the hallways. Some scurried to their lockers grabbing their things, while others conversed about upcoming summer plans.

“My mom is making me get a summer job…tryna teach me about ‘having responsibilities’.”

While many students had different plans on how to spend their summer break, Ezra believed today was just another normal, boring day. Or so he thought. Ezra Williams, a now rising senior at Wild Oaks high school, planned on spending his summer break just like how he spent his days any other time of the year: gaming & collecting new comics for his comic book collection. Ezra didn’t have many friends and felt that he couldn’t connect with most kids at school. He preferred to be a loner. By looking at him you would think he would be popular. He fit the description of the popular guy in predictable high school, teen rom-coms.  He was extremely tall, had a slender yet muscular build, smooth dark skin and curly black hair. And if you could catch him, he had a great smile.

He spoke to a few kids he shared some classes with, but never outside of school. The only person he would consider a friend was Aaron, a guy who worked at the comic book store. He would often tell Ezra about new releases of comic books or video games. They have also gone to a few gaming competitions together. Even though Ezra  preferred to be a loner, he had a longing to be of importance to others. Because of his height and athletic build, he was often recruited by the coaches of the school basketball team. Though he enjoyed going to the gym, team sports did not interest him. He preferred reading more. He wanted more than popularity.

After school ended, Ezra walked to the comic book store to see if he could find anything to add to his collection. He thought Aaron would be at work today, but the only one working was John. He was an older guy who would work when Aaron wasn’t there. As he looked around, he found a bin full of old VHS tapes. Not only did he collect comic books, he was also fond of VHS tapes. He still had an old VCR that his dad gave him as a birthday gift. When he was younger, Ezra and his dad had a knack for collecting vintage items they found at local thrift stores in town. They would spend hours out the day foraging for new items to add to their collection. Whether it be old VCRs and VHS tapes, to cassette players or walkmans, they always found new treasures at the thrift store. After the disappearance of his dad, Ezra didn’t go as often as he did when his father was around. He would go occasionally to keep tradition alive, but it didn’t feel the same.

As he rummages through the bin, he finds a tape in a pink and yellow cover called Welcome to Paradise. He picked up the tape to examine it. As he looked at the cover, he felt as if he were in a trance. There were a bunch of black superheroes on the front. They all looked strong and intimidating. They reminded him of the Justice League, but instead everyone was black. He stared so closely at the cover, it was almost as if he could hear distant voices coming from the cover.

“Found a tape you like?” Ezra hears a faint voice from behind him. He continued to stare at the tape. He narrowed his eyes, unsure if the voice was coming from the tape or if he was just losing his mind. “Hey! Ezra?! Found something you like?” John asked.  “You good? You look like a deer caught in headlights,” John said, as he playfully punched him in the back.

“Huh? Oh…yeah. My bad, I was lost for a second ” Ezra said, startled. He made a deep sigh and shook his head. “I don’t know but it sounded like I heard something coming from the tape. Weird huh?”

“Oh yeah? Welcome to Paradise huh? It’s a good one,” John said as he leaned next to the bin. He crossed his arms and smiled. “Ya know, you didn’t really see many black superheroes on TV back in my day. How ‘bout you take that home, watch it and come back and tell me how you like it?”

“Nah,” John says, waving him off. “You’re one of our best customers. Just take it. It’s worth it. Too bad the show only ran for one season. It really draws you in…I know I was when I first watched it. Almost felt like…I was there.”

Ezra smiled, thanked him and headed home to watch his new collectible. “Thanks. I’ll bring it back tomorrow.”

“Ahh, no need. Trust me…no reason to rush. You’re gonna need more than one day,” John said, as he patted Ezra on the shoulder.

“Whatever you say John,” Ezra said heading out. Let’s see what all the hype is about.

Ezra rushed home and ran up to his room to watch Welcome to Paradise. He got out of his school clothes and popped in the video. When he put in the video, there was a surge from the VCR. The TV made a buzzing sound and the screen was filled with grey fuzz. What? Maybe I need to rewind it, he thinks. After rewinding it, he sat on the edge of his bed and pressed Play. The words Welcome to Paradise appeared on the screen and theme music began to play. A tall, muscular woman with long purple locs emerged on the screen. She was barefoot and wore a long sleeved black and white bodysuit. She walked towards what looked like the camera and stopped. As soon as she stopped, the TV began to buzz and the screen flicker. Then, the room began to shake. She placed her hands on her hips and said, “Hello! And welcome to Paradise.”

This series follows a young black teenager who struggles with his identity and craving the need of being important and of use to others. When he is magically transported to an alternate reality full of black superheroes, he develops powers and becomes famous. As he develops a love for his new world, he then learns that it is not at all what he imagined. This series is my take on an Isekai or “portal fantasy.” To those who are familiar or unfamiliar with anime, an Isekai is a Japanese word which translates into a different world. This is often referenced to manga, anime and video games.

Jade is an Aspiring Writer & Creative. She is a Writer & Content Producer Intern for melanin muse.