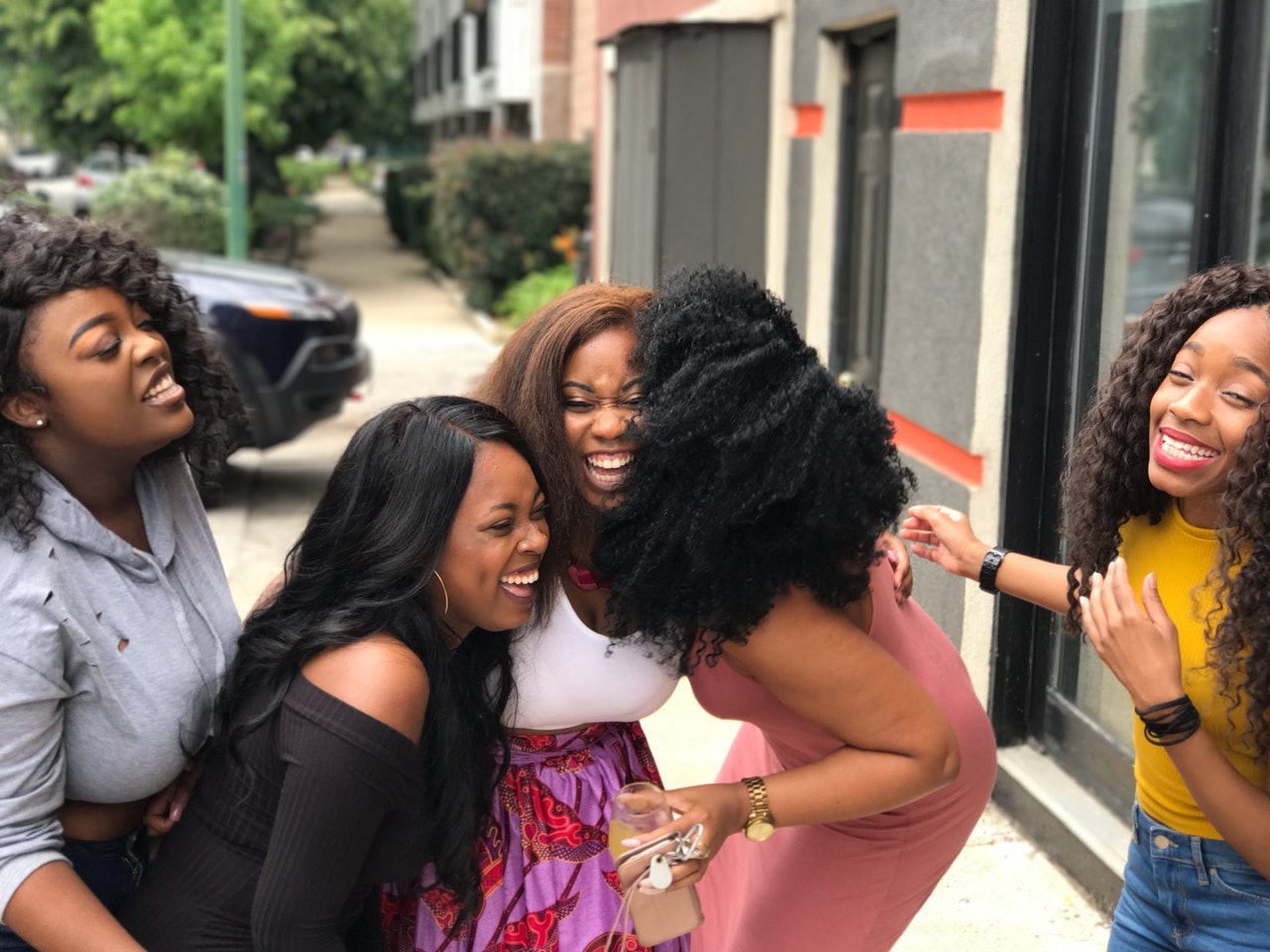 In society today, I observe so many Black women competing against one another to be the best. The best mom, the best teacher, the best girlfriend, the best student, the best woman, etc. Now, there is nothing wrong with being the best, we should all strive to be our very best every day, to learn and apply the knowledge we learn in our lives. Healthy competition is also good, to motivate and encourage each other to be better, to go for the gold…Olympic gold that is!  The problem arrives when we tear down our fellow Black women in order to be the best, we shame them for not being as “perfect” as we are, or good enough.

Lately, society has encountered conversations in which we feel the need to tear each other down instead of building one another up. We are all different, we all think differently and view the world differently. How are we as Black women shaming another Black woman for simply existing and being themselves?  The stigma that we are not enough as we are was created centuries ago when enslaved black women were pitted against each other. If a Black woman was dark-skinned, she would not be as worthy as a light-skinned woman and her life was harder. If her hair was kinky and not curly, she was not good enough. Black women get enough criticism from the world on who they should and shouldn’t be, what they should and shouldn’t do, the last thing we need is harsh criticism amongst ourselves.

I recently watched “Insecure”, a hit TV series created by the beautiful Issa Rae. In one of the scenes, Yvonne Orji, who plays lawyer, “Molly,” is welcoming a new associate who is also a black woman. The new associate was loud and did not fit into the mainly white workspace, so Molly warned her that her behavior might give the wrong impression at the law firm. Instead of the new associate, “Dada,” taking heed to her warning, she took it as Molly trying to bring her down. The competition amongst black women made her believe that criticisms from Molly were hating. This stems from the war that black women have with one another to be better than the next.

So many things have happened and have been said to pit us against one another that we cannot see when a fellow Black woman is trying to help us or that sometimes we may not articulate our help properly. We should be hard on ourselves to be more ourselves, we do not need to shame another Black woman for being who she is, we have to let her be herself and celebrate her. Stop ridiculing and hurting each other and speak from spaces of love and encouragement. All we want is to be ourselves, to be accepted for our flaws, and not be told that those same flaws make us less of a woman. We want to feel protected and safe, seen as empowering and not a problem. The world has tried to tear down Black women for so long, that we are now doing it to ourselves, we attack each other before anyone else gets the chance.

The world sees the turmoil that we have amongst each other and they use it against us to portray us as angry, bitter, and resentful. Because they see the harm that we inflict on one another, they do not believe that they are doing anything wrong by treating us as less than, because we do it to ourselves. We, as Black women, need to create a safe community amongst each other, to stop the fighting and betrayal. To remind each other that we are worthy, no matter our financial status, relationship status, education, or background. We are beautiful, creative, energetic, and true melanin goddesses. If we ever want the rest of the world to show us the respect we deserve, we must first treat ourselves and each other with decency and respect.

Hi, I'm Mel and I am a Digital Content Producer & Writer Intern. I am a senior at Kennesaw State University majoring in sport management. I have a passion for writing, reading, and media. One of my aspirations is to own a publishing house that gives minorities the opportunities to tell and show their stories.