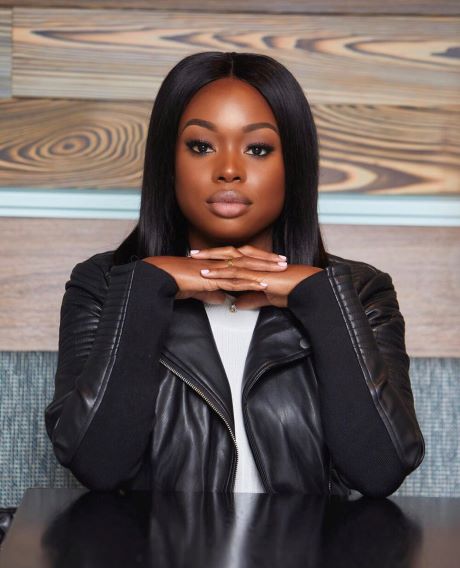 Gymnastics was invented to help men prepare for war in Ancient Greece, women were not invited to be participants, only as a part of the crowd. Damion Thomas, sports curator, at the Smithsonian’s National Museum of African American History and Culture, says, “A lot of people believed that women participating in sports would hinder their ability to be mothers. There were a lot of ideas of women’s role in society and how we didn’t want sports to occupy their primary function.” Caucasian women were first allowed as professional athletes in 1900, during the modern Olympic Games. Black women were not allowed to compete professionally until the infamous 4×100 meter runners: Louise Stokes and Tidye Pickett.

These amazing women became the first Black women to represent their country in the 1936 Berlin Olympic games. Followed by Mrs. Alice Coachman, the first African American woman to win Olympic gold specializing in the high jump. Since 1936, many Women of Color have made their way into becoming professional athletes. However, not many were seen or heard in the world of sports marketing, client representation, team building, and sports decisions. Predominantly, men were in charge in those areas, in some cases, they still are in control of sports marketing, negotiating athlete contracts and sponsorships, as well as recruiting new talents for sports teams. Hence, why it was referred to as the “boys club”.

The ideas, thoughts, and feelings of women were not considered in the sports equation for years, that is until women of color stepped into the light of sports culture with their grace. Black women, such as Cynthia Marshall, Nicole Lynn, Jada Gipson, Rashida Gayle, and others have taken the sports world by storm with their resilience and intelligence. These women are sports journalists, CEOs of professional sports teams, and sports agents/marketers. The impact that they are making today, with their progressive nature is blazing a trail for older and younger women of color to follow. In a male-dominated industry, women of color are succeeding and making a bright impact.

Rasida Gayle, founder of Twenty Six Marketing Agency, “is the first and only Black woman to represent NFL and MLS players independently” says Forbes. Her career started alongside Atlanta Falcons Devonta Freeman, marketing him as more than just an athlete and taking his brand to the next level. Gayle is now independently marketing Atlanta United’s Josef Martinez, on all ventures. She has been breaking through the glass ceilings in executive sports offices, at the young age of 27. Jaia Thomas and Shaina Wiel are two black women who are making sure to have inclusion in all executive sports offices. These women are the founders of the Diverse Sports Executives Pipeline—“a first-of-its-kind initiative designed to train and equip professionals from diverse cultural backgrounds for executive roles across all professional sports teams, leagues, and organizations.” These brilliant women are combining forces to grow diversity, equality, and inclusion at the executive level of sports. There is a high number of black athletes in the major American leagues but in the corporate world, over 85% are white and male. This initiative is designed to make sure that diversity and inclusion are properly reflected in the office, as it is on the field.

In executive sports offices, there are now Black women taking up space, making trails and paths for aspiring Black women sports executives. This is an important, as well as, pivotal point in history because now Black women see that they can make a difference in sports, that they can be taken seriously in these previously male-dominated rooms, and that their voice does matter. As a child, I always wanted to be involved in sports, not as an athlete but as helping athletes reach their goals and take their careers to new heights. The struggle that came for me was when I started my initial research, I did not see any Black women (or any woman) on the executive level and it discouraged me from pursuing a career in the sports field at the time. I felt that maybe I did not belong there and would not be accepted, so initially, I chose another path as so many others do.

Representation matters in sports and in the world, we as Black women need to see other black women that look like us, that are ambitious like us, that are different like us—win! Because that shows us that we too, can win and accomplish what we put our minds to.

Hi, I'm Mel and I am a Digital Content Producer & Writer Intern. I am a senior at Kennesaw State University majoring in sport management. I have a passion for writing, reading, and media. One of my aspirations is to own a publishing house that gives minorities the opportunities to tell and show their stories.